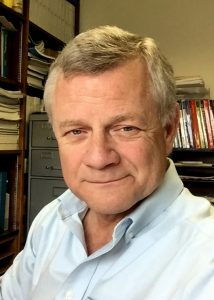 Instances of childhood obesity are rapidly rising in the United States. Considering the devastating long-term health implications associated with the onset of obesity at an early age, it is critically important to gain greater knowledge of the molecular mechanisms regulating the development of obesity in children.

Obesity occurs in two forms: hypertrophic obesity, or the excessive accumulation of fat tissue resulting from enlargement of existing adipocytes or “fat cells”, and hyperplastic obesity, or the development of new adipocytes resulting from replication and subsequent differentiation of underveloped fat cells, or preadiopocytes. While both forms of obesity occur throughout lifem, it is primarily hyperplastic obesity and the development of new adipocytes that characterizes childhood obesity.

With extramural funding from the American Heart Association and the National Institutes of Health, Dr. Morrison investigates mechanisms of hyperplastic obesity using various cell culture models. His research is studying how undeveloped fat cels replicate and then how these new preadipocytes enter a process of differentiation where thousands of genes are activated or inhibited to produce mature adipocytes. It is expected that greater knowledge of these mechanisms will lead to future drugs or nutritional and behavioral therapies designed to prevent the development of obesity in our children.

Our research investigates cellular and molecular mechanisms of obesity and obesity-related diseases. Studies are conducted to better understand processes regulating adipocyte hyperplasia which is particularly important in the development of childhood obesity, as well as mechanisms that couple the onset of obesity and the rising incidence of diabetes.