History of the Lawther Lecture 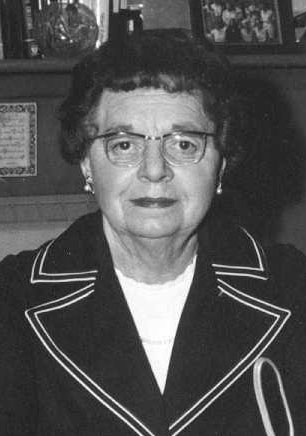 Professor Lawther joined the faculty in the Department of Physical Education (now the Department of Kinesiology) in 1931, and became head of this department in 1947. She was an early proponent of the importance of physical activity for girls and women and stressed the value of a strong scientific background for Woman’s College physical education majors, a policy later emulated in departments across the country. In the 1950s, Professor Lawther was instrumental in modernizing the physical education curriculum, and hired the first faculty members with doctoral degrees in the Department of Physical Education, a rare occurrence at that time.

During her tenure, she helped expand the scope of the department, which eventually became a School unto itself. In 1971, Professor Lawther was named the inaugural dean of the School of Health, Physical Education, Recreation, and Dance. She retired in 1974. In 1989, the University presented the Honorary Doctor of Humane Letters to Dean Lawther. Ethel Martus Lawther passed away in 1990.

The Lawther Lecture series was initiated in 1975, to honor Dean Lawther’s retirement. In 1991, Ms. Maxine Forrest Allen (BSPE, 1935) established the Ethel Martus Lawther Fund to help to support this event. The School of Health and Human Sciences is proud of Dean Lawther’s legacy. This lecture is presented each year to honor that memory.