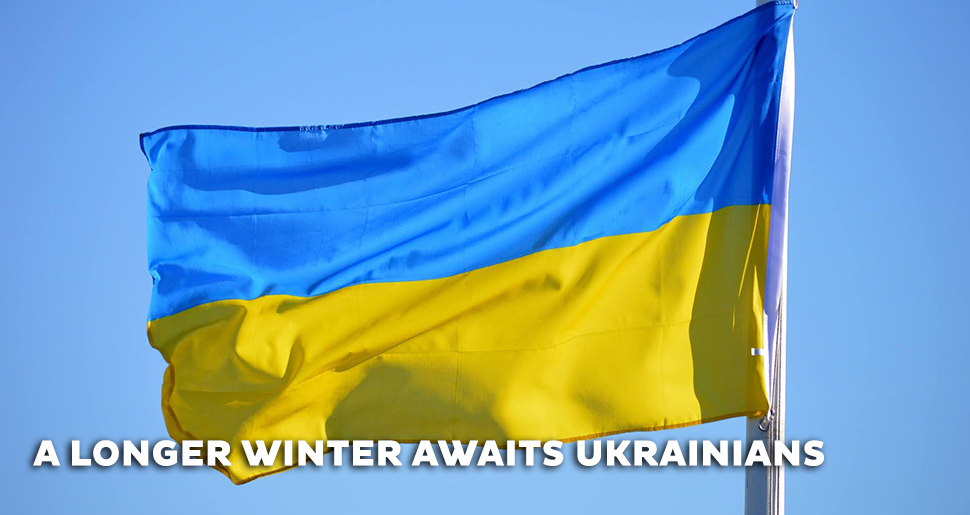 Shortly after Russia’s military operation into Ukraine began on February 24, 2022, the Kremlin realized the miscalculations it made, which resulted in huge military losses. Still, Moscow managed to invade about 20% of Ukrainian lands mostly due to the power asymmetry.

The Kremlin held illegal and fake referendums in four regions of Ukraine and annexed them to Russia. Russia’s annexation of Kherson, along with three other Ukrainian provinces, was a unilateral move that has been denounced as illegal both by the government in Kyiv and the United Nations.

The West imposed economic sanctions on Russia, but this did not yield immediate results. Indeed, the sanctions backfired creating a serious energy crisis in Europe.

At some point, it became apparent that conduct of a patriotic war inspires Ukrainian soldiers so much that they disregard all hardships generated by the war and will continue to fight until the last invader is expelled from Ukrainian soil. On the contrary, the Russian soldiers, already demoralized by the invasion of neighboring Ukraine, are psychologically tired of new military loses. A swift Ukrainian counter-offensive that began in late August left thousands of Russian troops stationed on the western bank of the Dnipro in the key city of Kherson unprotected. Ukrainian forces cut major roads near the city, making it harder for Moscow to resupply its troops.

The new situation caused Russia to change its war strategy in October. The Russian commander in Ukraine, General Surovikin, made some decisive moves ordering Russian troops to withdraw from Kherson, the only Russian-occupied regional capital. Of course, this was done with the knowledge of the Kremlin.

The province of Kherson was a strategic asset to the Kremlin, with its capital west of the Dnipro River, where Russia could take control of for a while. It also had symbolic value as it was the first city to be captured by Russian forces after the full-scale invasion of Ukraine in February.

Recently, the primary targets of Russian forces have been civilians and civilian infrastructure. Especially energy sources have been among the main targets. The aim of Russia’s terror is to create a bitter humanitarian crisis in Ukraine and force more Ukrainians flee the country for Europe.

Russian forces have hit Ukraine’s power plants and heating systems with some of the heaviest missile strikes in weeks, as they continue an air campaign to devastate civilian life in the country.

Missiles and self-destructing drones have slammed into apartments, busy streets, parks, and even playgrounds, killing civilians. The attacks have damaged about 30 percent of power plants in Ukraine, causing constant power outages across the country. Apparently, the Kremlin is making the Ukrainian people suffer.

In the October attacks, about 400 targets in 16 Ukrainian regions were damaged, including dozens of energy facilities. Russia’s destructive attacks continued in November too. Last week, Russia launched about 90 missiles, hitting at least 15 energy facilities across Ukraine.

Russian forces retargeted civilian and energy infrastructure, like power substations and transmission lines. As a result of the destroyed power plants, hundreds of towns and cities were left without electricity, water, and heat. The scale of the destruction makes quick repairs impossible. Replacement parts are not often readily available. Since most energy infrastructures are in the open space, they can be hit again after repair.

Russia’s strikes on houses, residences, bridges, roads, and railways are not new. But the intensified attacks on non-military targets, especially energy infrastructure, are deliberate. The Kremlin uses the same war tactics it utilized in Chechnya in the 1990s to drive the civilian population into such despair that they were willing to surrender.

Targeting infrastructure to undermine Ukraine’s economy and deprive people of essential services, such as heat, water, and electricity as winter begins, the Kremlin also aims to put more pressure on the government in Kyiv. Russia is struggling against Ukraine’s counterattack in the east and south and the Kremlin is doing everything to stop it. Moscow is trying to prolong the war and spread the agony to the whole of Ukraine.

Zaporizhzia power plant in Ukraine, which is also the largest nuclear plant in Europe, came under Russian control, and it shut down its reactors because of fighting and safety concerns, thus cutting it off from Ukrainian grid. Russian attacks have also taken out renewable energy infrastructure — solar panels, and wind turbines. Ostensibly, the energy problems are directly connected to the battles for the territories of Ukraine. The Kremlin sees attacks on critical energy systems as a strategy to destroy Ukraine.

This means the risk of further destruction of civilian infrastructure remains. Moscow wants to affect every corner of Ukraine through a destroyed energy infrastructure to deprive Ukrainians of their basic human needs and disrupt communication and transport networks, banking and postal networks, and food and agricultural production.

This will threaten to displace more people and create more humanitarian emergencies in Ukraine. These vulnerabilities are likely to make it difficult for Ukraine to fight on the front lines. No matter what, the winter for civilians in Ukraine will be longer and colder.

Ali Askerov is an Associate Professor of the Department of Peace and Conflict Studies at UNC Greensboro. Askerov earned his doctorate in peace and conflict studies in 2011. He is a recipient of several prestigious fellowships offered by the US Department of State and the Open Society Foundation. He has written extensively on foreign aggression, conflict resolution, forced migration and war and peace. Askerov is an author or co-author of several books. His most recent book, Post-Soviet Conflicts, is co-edited with S. Brooks and L. Tchantouridze (2020, Lexington). He also is an editor of Contemporary Russo-Turkish Relations: from Crisis to Cooperation (2019, Lexington). Askerov’s present research includes ongoing refugee issues, contending interests of Russia and Turkey in Syria, the collusion of legitimate and covert politics in the Middle East, and identity formation and change. Askerov is aresearch fellow for the Center for New North Carolinians.