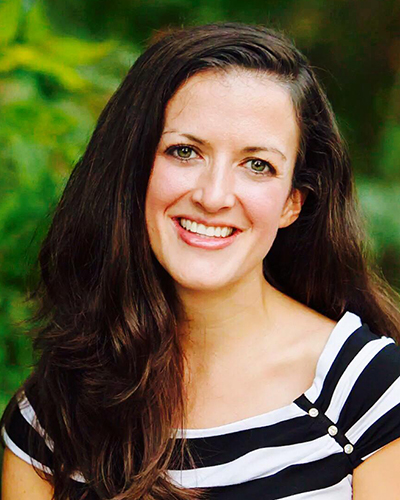 Following graduation in 2008, I accepted a position as an outpatient pediatric speech-language pathologist at Wake Forest University Medical Center in Winston-Salem, North Carolina where I completed my clinical fellowship year and have been practicing ever since.

My specific roles and responsibilities as a speech-language pathologist have changed over the years and afforded me the opportunity to gain experience in several specialty areas, all while primarily serving pediatric patients in the outpatient setting.

Shortly after finishing my clinical fellowship year, during which I performed evaluations and provided therapy to the general pediatric population, I stepped into the role of directing the interdisciplinary Augmentative and Alternative Communication Clinic.

I also began serving in the support speech-language pathologist role in the Cleft Palate and Craniofacial Clinic with David Blalock, who taught the fluency course in the UNCG graduate school program for many years. After a year serving in this role, I began training to assume the role of the lead speech-language pathologist on the Cleft Palate and Craniofacial Team following David Blalock’s retirement from his position at the medical center.

Serving patients with craniofacial conditions and their families is my primary clinical role at the present time and is precisely the area of our field in which I always hoped to have the opportunity to practice. I particularly enjoy being a part of an interdisciplinary team consisting of plastic surgeons, otolaryngologists, audiologists, a child psychologist, an orthodontist, and dentists, as well as other providers from different disciplines as needs arise. As a member of this team, I work with infants and their families to ensure that they are able to feed safely and efficiently in the presence of a cleft palate or cleft lip and palate.

I also perform comprehensive speech and language evaluations with a particular focus on speech resonance and articulation disorders which most commonly occur in the craniofacial population. Additionally, I conduct pediatric pharyngeal function studies, providing another dimension to my practice which consists entirely of a diagnostic caseload at this time.

In addition to clinical work, I have been involved in several professional organizations over the years, initially the North Carolina Speech, Hearing, and Language Association where I served on the Convention Committee and eventually as the Convention Chair in 2012-2013. In more recent years, I have become increasingly involved in the American Cleft Palate-Craniofacial Association, most recently serving on their Program Task Force for our annual meeting. Over the years, I have given over 20 presentations at local universities, regional physician continuing education events, resident lectures, and state and national meetings.

My graduate school education at UNCG equipped me to work as a professional in a medical setting and gave me the foundation of knowledge and skills to continue to build upon and refine in clinical practice. The faculty consistently challenged us to learn how to think critically and provided a variety of opportunities to apply academic knowledge in clinical settings throughout the program.

Dr. Virginia Hinton, who taught our graduate level course in Cleft Palate and Craniofacial Disorders, gave me a solid foundational level of understanding in this specific area of our field and continues to be a source of professional expertise and encouragement.